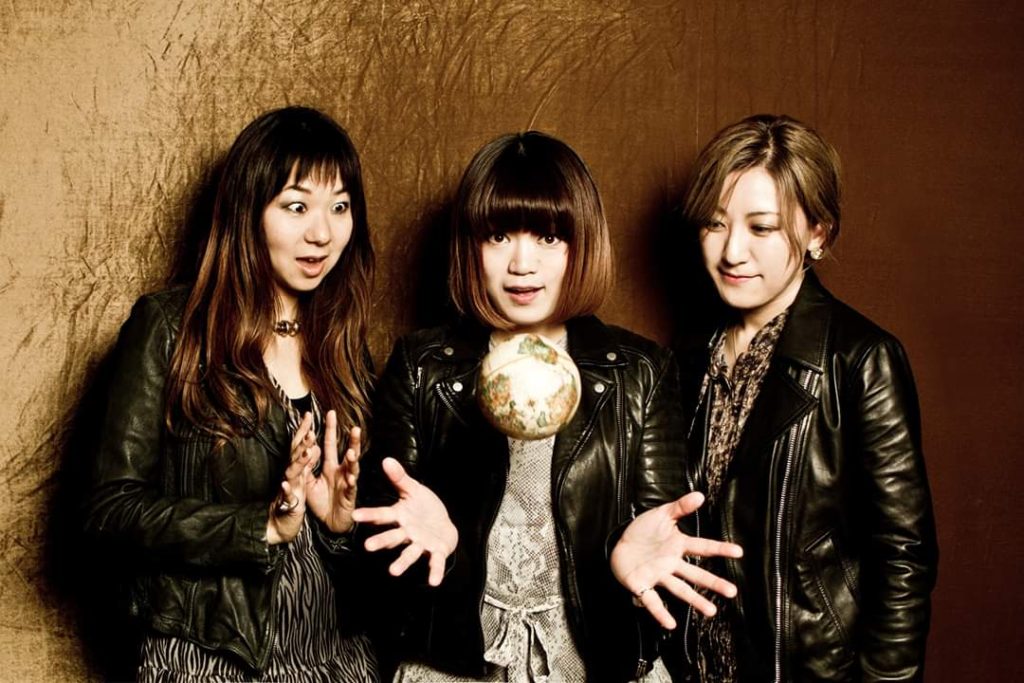 TsuShiMaMiRe -Japanese Girls Art Punk Psychedelic Rock-
Tsushimamire is an alt-legendary Japanese all-girl band formed in 1999, featuring Mari (guitar, lead vocals), Yayoi (bass, background vocals), and recent addition Maiko (drums, background vocals), who has admirably stepped in to take the place of original band drummer Mizue. This is a fascinating and creative group which has mesmerized audiences around the world for years with its versatility (ranging from hard, thrashing punk sounds to interesting and innovative rock/art numbers). Mari's underground songwriting is brilliant, touching on subjects of social convention, rebellion, love, anxiety, and the power of the imagination, while her vocals excel in expressiveness, ranging from child-like innocence, to cries of despair. Yayoi keeps a wicked beat, and moves with the grace of a dancer/warrior/superhero, contributing to a live show that is simultaneously theatrical and earnest: certain to delight alt-rock fans and lovers of the Japanese underground wherever they may be found!
Over a period of 18 years, Tsushimamire has released 13 albums and given about 1800 shows all over the world. They have an inventory of approximately 150 original songs, featuring a wide variety of themes and styles. Their music has sometimes been used by TV shows, movies, and games.
You should know them !